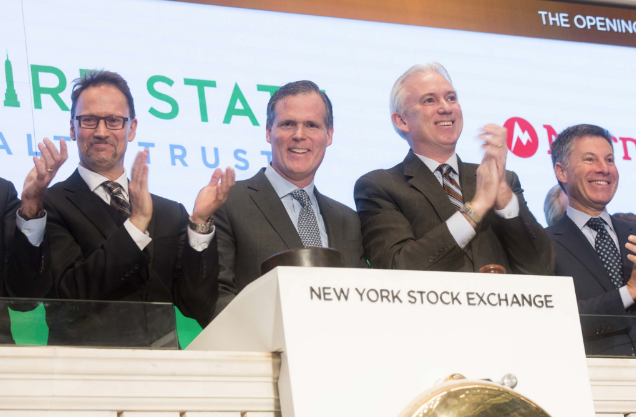 Empire Realty Trust has beefed up technology of the Empire State Building over the past five years including the improvement if cellular and Wi-Fi service. The building uses colorful lights to light the top of the 102-story building commemorating celebrations and holidays.