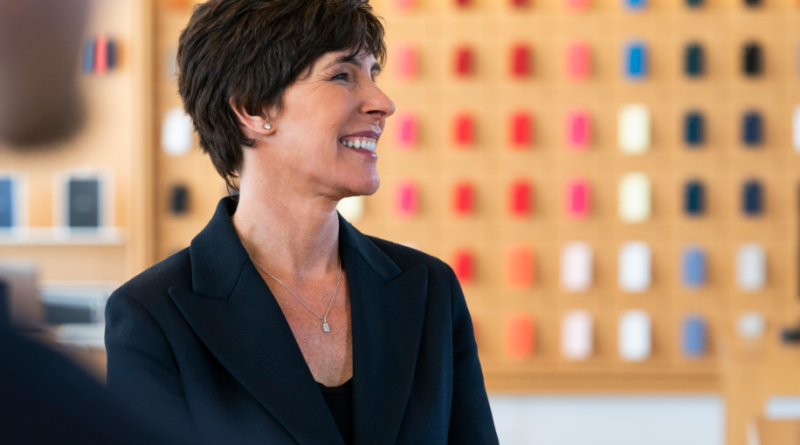 Apple is tapping corporate women to fill some of its executive jobs. The iPhone maker named Deirdre O’Brien to senior vice president of Retail + People, reporting to CEO Tim Cook.  She replaces Angela Ahrendts, who plans to leave Apple in April to explore other opportunities.

O’Brien has been an Apple employee for nearly three decades and most recently worked in retail operations. The new role will be an expanded position to include both old and new responsibilities.

“At Apple, we believe our soul is our people, and Deirdre understands the qualities and strengths of our team better than anyone,” said Tim Cook, Apple’s CEO. “For more than three decades, she has helped keep Apple focused on serving customers and enriching lives. She’s an exceptional leader and she’s been a vital partner to our retail teams around the world since the very beginning. I am thrilled to work alongside Deirdre in her new role, and I know our 70,000 retail employees will be, too.”