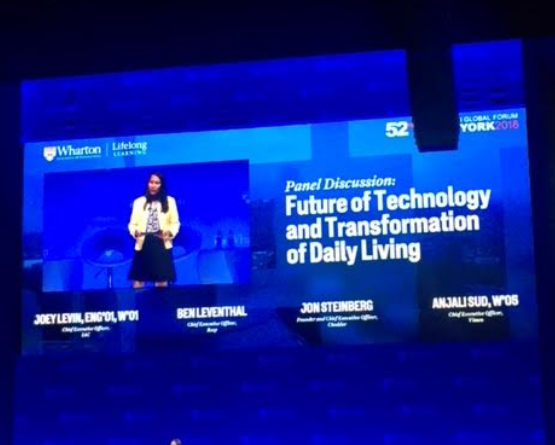 The University of Pennsylvania’s Wharton Business School drew hundreds of alumni and supporters to its annual global forum at Midtown-based Jazz at Lincoln Center. The two day event held June 13-15, featured panel discussions including innovation, technology, diversity and inclusion and the future of money. Wharton hosts the events around the globe in selected cities each, including a flagship event at its main campus in Philadelphia.

The lineup of speakers included a parade of founders, CEO’s and leaders in the academic, technology and financial sectors. Notable speakers from the event included Neil Blumenthal– Co-founder and co-CEO of Warby Parker, Jon Steinberg – founder and CEO of Cheddar, James Dinan – founder, chairman and co-CEO of  York Capital Management, and Keiko Honda – CEO of MIGA.

During a technology panel discussion Steinberg declared that television was already dead and the future of digital is here and growing in digital media. Panelists agreed with his stand that there is enough room for large and small companies to thrive in digital media. 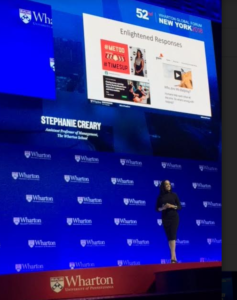 Diversity and inclusion was mentioned throughout the event with a special presentation by Stephanie Creary, assistant professor of management at Wharton.

“I invite you not to think about profit or sales but about growth. We all want to grow in our professional lives and our personal lives but we all want to see how our own personal and professional growth can help us to connect and build better organizations.” Creary said.

During the opening, closing and lunch sessions of the global forum, attendees were encouraged to network and share ideas. Wharton’s next cities for its global forums include Shanghai and London.

For live coverage of the global forum event and breaking technology news, including photos and videos, follow us on Twitter @NYCWired