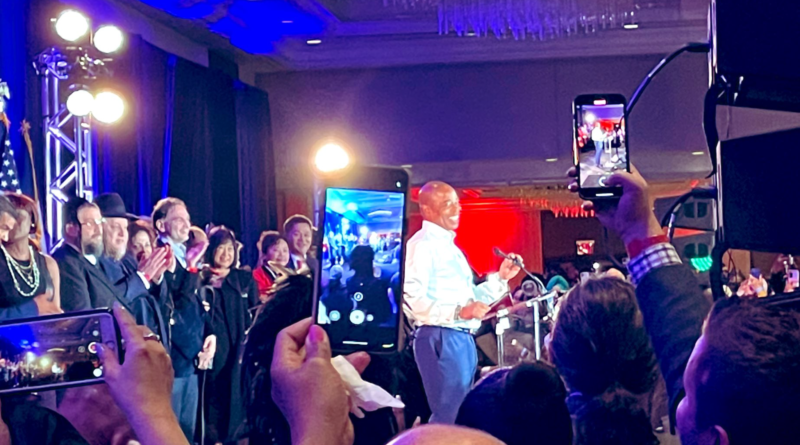 Brooklyn borough president and former NYPD officer, Eric Adams will be the next mayor of New York City. Adams defeated Guardian Angel founder Curtis Sliwa in a campaign fought over policy and the next direction for the nations largest city. Adams will replace Mayor Bill de Blasio in January 2022.

Leading up to Election Day both candidates worked to win over last minute voters, with Sliwa campaigning one-on-one with subway riders and using social media to mobilize support. Both Adams and Sliwa held get-out-the-vote rallies in the five boroughs, hoping to energize voters who have low amounts of early voting. Adams was heavily favored to win the election, with recent polling showing Adams with a 40-point lead over his competitor.

One of the major concerns voters expect the incoming mayor to address is crime in New York City. Adams, a former New York City Police Department officer for over two decades, has campaigned on advocating for reform in the city’s police department.

Sliwa has vocalized his intention to increase the police department’s budget and hiring more officers.

Both candidates have differing views on COVID-19 related mandates as well. Adams supports the current vaccine mandate for city workers, though he said he will not require city workers to receive booster shots. Sliwa announced the vaccine mandate would no longer be implemented if he were to be elected as mayor. Sliwa conceded the race Tuesday night, offering Adams administration support to “Save” New York City.